MSM in Lebanon: A Look at Current HIV Prevention and Sexual Health Initiatives

Johnny Tohme discusses the current state of health among MSM in Lebanon, examining HIV, mental health, and the impact of recent developments in gay rights 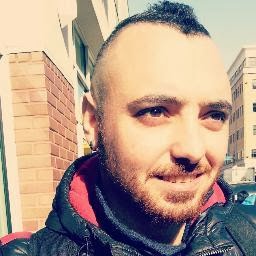 According to the latest UNAIDS report, the Middle East and North Africa (MENA) Region and Eastern Europe are the only two regions experiencing a great rise in the HIV epidemic. Many countries in the MENA region, especially Lebanon, cannot count on governmental programs for proper planning to address HIV in generally, let alone among men who have sex with men (MSM). Local communities and nonprofit organizations must take the lead in planning and implementation of HIV prevention efforts.

The Lebanese National AIDS Program (NAP) with all good intentions but limited resources, joined efforts with several public health organizations and turned them into Voluntary Counseling & Testing (VCT) Centers.  Even if these centers have the logistical tools (guides, protocols, etc.) to cater for the needs of the MSM community, not all staff members are trained to provide sensitive services and care tailored to the needs of MSM.  Some care-providers still discriminate against MSM based on stereotypes and prejudgments, and these organizations are in need of a political will and additional trainings in order to do their work effectively.

Despite these challenges, the need for the basic services provided by these centers has led to the creation of a holistic sexual health center in Beirut city named “Marsa”, which presents a powerful example of the type of initiatives we need in the region. After its founding in 2011, the center instantly became the number one center in Lebanon with a high number of clients requesting sexual health services, including VCT for HIV and other STIs. Key factors of its success include its comprehensive services offered in an environment free of judgment, as well as the ability to receive services in full anonymity and confidentiality from a highly trained and friendly team with expertise in a wide range of medical, psychological and social fields.

Lack of scientific guidance and methodology makes it nearly impossible to obtain and understand data on the efficacy of these programs. In addition, the most recent data released in the Lebanese NAP’s latest national report missed crucial data points regarding HIV prevalence in Lebanon.  An estimated 50% of participants were non-identified when it comes to the nature of their sexual behavior and only around 30% were identified as MSM.  Conversely, Marsa caters to all community members, and their data shows that all newly diagnosed infections were among MSM, with 66% of new diagnoses made in men under the age of 24 in 2013. This difference in reporting speaks to the fact that clients often experience discomfort in institutions and hospitals to the point that they are afraid to disclose the gender of their sexual partners, fearing stigma and discrimination by care providers or even any legal repercussions if that behavior was deemed non-conforming with social norms or national laws.

It is clear that there is a great need for HIV prevention programs targeting the MSM community in Lebanon. As the younger generation becomes more visible, with the rising popularity of clubs and coffee shops as cruising sites, as well as multiple online dating sites and phone applications, an increase in sexual activity is more likely. Therefore a scale-up in HIV prevention is necessary.

One might say that the solution is simply targeting the locations mentioned above – that disseminating more information at these particular cruising sites will lead to safer sexual behavior. Unfortunately, the situation is a bit more complicated.

In a country where same-sex activity is still punishable by law,  individuals suffering from stigma and discrimination do not place high priority on safer sexual behavior. Tangled by a chain of multiple fears, they often neglect taking sexual precautions in favor of physical safety – facing fear of being “outed,” fear of being verbally or physically assaulted, and fear of being detained by the police. Managing these realities becomes the priority when homosexuality is illegal. Stigma, discrimination, and marginalization make sexual minorities more vulnerable to mental health problems (Frisell et al. 2010; Frost and Meyer 2009; Hatzenbuehler et al. 2008; King et al. 2008; Wohl et al. 2011) and substance use (McCabe et al. 2010), especially when there is a chance to freely express ones sexual needs or other pleasures in an accepting setting. It is remarkable how fast people might get drunk or high at gay parties, which also plays an central role in risky behavior.

Stigma, discrimination and a general punitive environment calls for support services catered to the specific mental health needs of MSM, and accessing mental health services in Lebanon is a challenge. There is only one psychological service program that caters to the needs of MSM in all of Lebanon. The scarcity of these services reflects the fact that similar programs do not engage a high number of clients over time. Unfortunately, lack of funding limits the capacity of these organizations. This highlights another major issue: funding.

Any organization targeting MSM will have a difficult time securing funding unless it has an HIV program that includes VCT and medical follow-up. Oftentimes, this comes at the expense of mental health programs for MSM. Psychological well-being is often neglected in the care and treatment of MSM living with HIV, and it is almost never addressed among HIV-negative MSM. While *some* (not nearly enough) MSM living with HIV are getting this care, we must recognize that mental health programs are also vital for HIV-negative MSM, who frequently suffer from stigma, discrimination and low self-esteem due to sexual homosexual identity and other issues specific to MSM.

It is clear that the fight against HIV in Lebanon is unique – Lebanon is still a low prevalence country with a rising epidemic among the MSM community, a community which has struggled to achieve some minor freedoms yet still lives under a severely repressive and punitive system. To fight against HIV is to fight against laws that criminalize homosexuality, against a judgmental society, and against internalized homophobia; it is a fight against auto-destructive behavior induced by discrimination and marginalization. The Lebanese government needs to understand the negative impact of a punitive environment on the success of HIV prevention and treatment efforts.

About the Author:
Johnny Tohme was born in Lebanon and has worked as an LGBT rights activist with the organization Helem for the past 6 years. He has done work as a Psycho-sexual Health Coordinator, VCT Officer, Counselor and research coordinator at “Marsa - Sexual Health Center” in Beirut and will be coordinating the first MSM/HIV platform in the MENA region. Johnny Tohme is a clinical psychologist and an aspiring drama therapist. He recently completed a fellowship program to become a junior investigator in sexual health behavioral research among the LGBT community at the University of Pittsburgh in Pennsylvania USA, and he will be starting his own research work among sexual minorities in Lebanon.  He became a member of the MSMGF’s Youth Reference Group (YRG) in early 2011 and a Co-chair of the same group in 2012. Johnny Tohme can be reached via email at tohme.johnny (at) gmail.com.